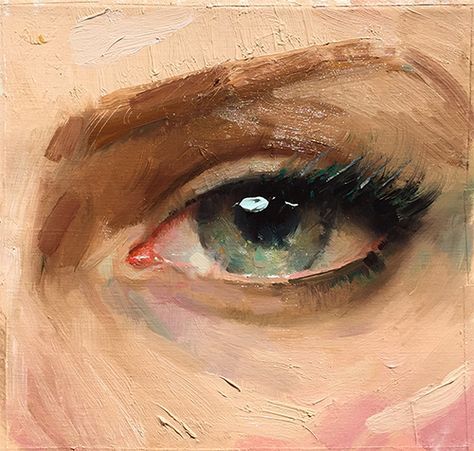 Let’s have a look at how the most genius artists have illustrated their thoughts, visions and this beautiful universe into their first, last and most popular paintings and learn some interesting or weird facts about their lives.

Salvador Dali created his first painting, the “Landscape near Figueras” in 1910, when he was only 6 year old!

Now it is a part of the private collection of Albert Field, Astoria, Queens.

Throughout his lifetime Dali painted over 1500 works.

His last painting, the “Swallow’s Tail”, was painted in 1983, 6 years before his death. See it at: Dalí Theatre and Museum, Figueres

The “Swallow’s Tail” painting is based on Catastrophe Theory. Originated by the French mathematician Rene Thom in the 1960s, Catastrophe Theory is a brand of mathematics that studies how small changes in circumstances can lead to sudden shifts in behavior.

Dali painted his most popular artwork, The “Persistence of Memory”, in 1931, when he was 27 years old. It is also thought to be inspired by a theory, the Albert Einstein’s Theory of Relativity.

The “Persistence of Memory” is my favorite painting. The clocks are melting and the time is passing, a bit stressing but it makes me wonder about the way I spend my time and gives me a strong desire to enjoy every minute of my life (of course I haven’t succeeded it yet).

Some more interesting and weird facts about Salvador Dali:

Dali made a Disney movie. You can watch it here

His wife and love of his life Elena Ivanovna Diakonova, better known as Gala was previously married to his best friend.

9 months before Salvador Dalí was born, Salvador Dalí died or at least it was what his parents made him believe. Dali’s older brother had died and his parents believed he reincarnated into him and gave him the same name.

Salvador Dali’s father had informed Dali he would stop supporting him financially when he graduates. So he decided to retire before his final art history exam.

Dali was offered $10,000 for a strand of hair from his mustache by the widow of John Lenon, Yoko Ono. Since he loved money he accepted the deal but never sent his mustache hair because he was scared it would be used for witchcraft. Instead of his hair he sent a blade of grass.

In 1890, at the age of 9, Pablo Picasso was already creating masterpieces, making the drawing of a man riding a horse in a bullfight

Picasso’s last well-known self-portrait was done nine months before his death in 1973, entitled Self Portrait Facing Death (June 30, 1972). So spooky!

Pablo Picasso passed away at last on April 8, 1973, in the village of Mougins in France, at the age of 91. He died while entertaining his friends for dinner together with his second wife Jacqueline Roque.
His last words were, “Drink to me, drink to my health, you know I can’t drink any more.”

During his lifetime Picasso produced about 50.000 works of art! Wow!

His most popular and undoubtedly touching painting is Guernica, that was originally commissioned by the Spanish government. Inspired by the bombing of Guernica, Spain, during the Spanish Civil War, Pablo Picasso completed this most famous piece, Guernica, in 1937.

When a Gestapo officer saw a photograph of Picasso’s famous painting Guernica in his apartment (depicting violence and suffering of people) and asked Picasso if he had done that. Picasso calmly replied, “No, you did.”

Picasso was a terrible student

For being a bad student I was banished to the ‘calaboose’ – a bare cell with whitewashed walls and a bench to sit on. I liked it there, because I took along a sketch pad and drew incessantly … I could have stayed there forever drawing without stopping ” – Pablo Picasso

It’s like Picasso was born an artist: his first word was “piz,” short of lápiz the Spanish word for ‘pencil.’

His father Ruiz, was an artist, art professor and museum curator. He started teaching him art from the age of 7.

The Sower (after Millet), the first painting of Van Gogh was created in 1881.

Van Gogh’s first major work, “The Potato Eaters” was completed in 1885  Its aim was to capture the grim realities of peasant life.

Vincent Van Gogh’s created his most popular painting, the “Starry Night” in 1889, while staying in an asylum in Saint-Remy-de-Provence, France.

The unfinished “Wheatfield With Crows” (1890) painting is considered by some people to be Vincent van Gogh’s last work, perhaps because the ominous setting was in fact the place he chose in real life for his final, successful suicide attempt.

Theo’s brother-in-law, Andries Bonger, described it as follows in a letter: ‘The morning before his death, he had painted an underwood [sous-bois], full of sun and life.’

Vincent had an older brother who died at birth. His name was also Vincent van Gogh.

Like Dali, Vincent was also named after his older brother, who had died at birth.

As a child, Vincent was serious, silent and thoughtful.

When Van Gogh first began painting, he used peasants as models and later would paint flowers, landscapes and himself, mostly because he was too poor to pay the models.

Vincent van Gogh was a self-taught artist with little training.

Van Gogh was financially supported most of his life by his brother, Theo.

In a short period of only 10 years Vincent Van Gogh created about 900 paintings.

Van Gogh suffered from temporal lobe epilepsy as well as hallucinations and other mental and physical conditions.

Vincent van Gogh did not cut off his whole ear. He only cut off a small portion of his ear lobe.

Vincent became famous after his death. During his lifetime he had sold only one painting.

Vincent shot himself in the chest but did not die until 2 days later at the age of 37. There were no witnesses and the gun was never found.

His brother Theo, at his side when he died, said that Vincent’s last words were “La tristesse durera toujours,” which means “the sadness will last forever.”

Vincent’s brother Theo died six months after Vincent and is buried next to him in Auvers, France.

Vincent’s brother’s wife dedicated herself to collecting Vincent’s paintings and letters. Thanks to her his work began to receive recognition 11 years later.

Monet’s first known painting “View from Rouelles” that he created at 18 years old, in 1858, was lost for several years, now it resides in a private collection.

Monet was drawing by the age of 5. His first drawings were caricatures of his teachers at school.

In his final years, Claude Monet painted his beloved Water Lilies. At that period of his life his sight had deteriorated a lot due to cataracts and his heath was failing.

Despite the serious health issues, Monet painted into his late 80s., until his death.  He died from lung cancer on December 5, 1926 at the age of 86 and was buried in Giverny Church cemetery.

Some more interesting facts about Monet:

He tried to commit suicide by drowning in the Seine, in 1868.

Monet was friend with Pissarro, Cezanne, Renoir, Sisley, and Bazille.

Monet painted his wife on her deathbed

His painting Impression, Sunrise, gave name to the Impressionist movement

Monet’s late series of Water Lilies are among his most popular paintings.

Manet created his first painting, the “Pierrot Dancing” in 1949.

Manet’s last painting,  “Summer or The Amazon or Horsewoman, Fullface“, was painted in 1882, just a year before his death, after having his foot amputated due to gangrene.

“ Luncheon on the Grass” (“Dejeuner sur l’Herbe”) made in 1863, is one of the Manet’s most popular paintings. It was rejected by the Salon, the official art exhibition of France.

Manet was friends with some of the impressionist painters, such as: Claude Monet, Paul Cezanne and Edgar Degas.